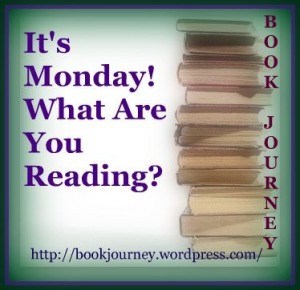 It has been a good week and weekend, we went to a wedding, we celebrated my hubby’s birthday, we hung out with friends, I was stung by bees…..

And here is what I posted:

Banned book Week Is Coming!  Join me for giveaways and fun!

Win a This Is Where I Leave You Movie Package!  Sign up now!!!

Bookies thoughts on That Night by Chevy Stevens

Diary Of A Mad Woman by Joan Rivers

This Is Where I Leave You by Johnathan Tropper (read it before the movie comes out!)

Not a bad posting week!  I had audio and book time… AWESOME!   And now for this week I am planning: 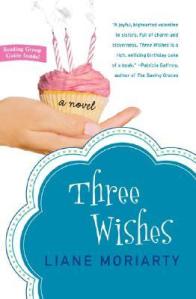 Australian triplets Lyn, Cat, and Gemma Kettle are about to turn thirty-three and one is pregnant, one has just had her life turned upside down, and one is only just keeping hers from skidding off the fast lane. Meanwhile, their divorced parents have been behaving very oddly indeed.

In this family comedy by Liane Moriarty, we follow the three Kettle sisters through their tumultuous thirty-third year — as they deal with sibling rivalry and secrets, revelations and relationships, unfaithful husbands and unthinkable decisions, and the fabulous, frustrating life of forever being part of a trio. 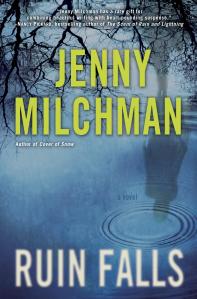 Liz Daniels has every reason to be happy about setting off on a rare family vacation, leaving behind her remote home in the Adirondack Mountains for a while. Instead, she feels uneasy. Her children, eight-year-old Reid and six-year-old Ally, have met their paternal grandparents only a handful of times. But Liz’s husband, Paul, has decided that, despite a strained relationship with his mother and father, they should visit the farm in western New York where he spent his childhood.

On their way to the farm, the family stops at a hotel for the night. In the morning, when Liz goes to check on her sleeping children, all her anxiety comes roaring back: Ally and Reed are nowhere to be found. Blind panic slides into ice-cold terror as the hours tick by without anyone finding a trace of the kids. Soon, Paul and Liz are being interviewed by police, an Amber Alert is issued, and detectives are called in.

Frantic worry and helplessness threaten to overtake Liz’s mind—but in a sudden, gut-wrenching instant she realizes that it was no stranger who slipped into the hotel room that night. Someone she trusted completely has betrayed her. Though she knows that Ally and Reid are safe, Liz will stop at nothing to find them and get them back. From her guarded in-laws’ unwelcoming farmhouse to the deep woods of her own hometown, Liz follows the threads of a terrible secret to uncover a hidden world created from dreams and haunted by nightmares.

That is my plan – what is yours?  Add your It’s Monday What Are You Reading post link below where it says click here.  I would love to pop over and see what you are up to!

33 thoughts on “It’s Monday! What Are You Reading?”