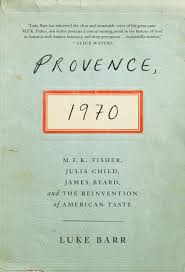 In the winter or 1970, the South Of France found itself with six culinary figures who more or less coincidentally all found themselves at the same place at the same time.  Julie Child, James Beard, and MFK Fisher were among this group.  Together this group talked, and cooked, and drank and ate – discussing taste, and recipes, and the future of food.

Cook books were being written… history was being made, and this book made from photographs and journal entries of MFK Fisher compile what happened… one season…. in 1970. 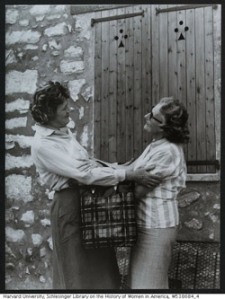 I have been looking forward to this book ever since I learned it was about food and chefs and a gathering that by all rights made history!  What an exciting time!  This gathering was one that changed food as we think about it.

Author Luke Barr, nephew to MFK Fisher, puts together a setting from the journals and notes MFK had written of this time and recreates a time that foodies of today would have bought tickets to see, me among them.

While I did enjoy listening to this historical event, I did not love it as much as I thought it would.  I found some points to drag longer than necessary.  I have this in paperback as well, I may try it again someday in that format and perhaps I can sink more into the storyline then.

Adding this to Weekend Cooking: 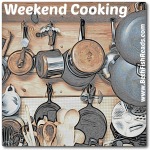