My friend Andrea – Book Journey reader and big time supporter when it comes to encouraging emails this year, has written this post regarding Movies Made From Banned Books.  Please enjoy.

Throughout history ideas have been suppressed by all kinds of people, and groups of all persuasions. They do this because they object to the expression of ideas which conflict with their own beliefs, or to silence those they disagree with – and the practice of censorship continues even now. According to the American Library Association parents challenge materials more often than any other group. After all, if you hear someone complain, even if you haven’t read or seen the thing they are complaining about, and they say they are trying to protect the kids…it’s all about the kids.
I am just old enough to remember the waning days of labeling books, records, films and other media as “Banned in Boston” which, by then, had almost become a guarantee of sales in other parts of the U.S. The vestiges of New England’s “Blue Laws” still existed: stores weren’t allowed to be open on Sundays, except for bodegas that sold gas. This was before movies had “ratings”, and you were lucky to even find a cinema open on Sunday that your family could go to together. After all, rules were rules. 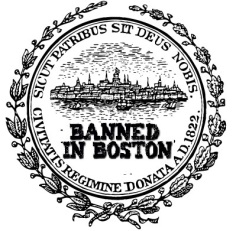 According to the Morris Dictionary of Word and Phrase (1988) the expression “Banned in Boston” dates to the 1920’s when the “long-established Watch and Ward Society of the so-called Hub of the Universe was forever getting the city censor to ban books from sale. Many publishers actively sought to have their books banned in Boston because they knew the label would increase their sales in the rest of the country…”
If you watch any older movies you’ve seen them: those movies that, in their heyday day, were fairly risqué, full of double entendre. Yes, movies and books have been “Banned in Boston” even before the 1920’s. As we view those films now, they seem pretty mild and some are even considered classics; and some of them actually began their existence as books, many of which were also banned at one time or place or another. Here are a few of them:

Animal Farm (1954)
The publication of George Orwell’s 1945 novel, Animal Farm, came at a time when Stalin was at the height of his reign in the Soviet Union. Orwell, clearly not a fan of Stalin’s leadership philosophy, had a difficult time finding a publisher for his book, because its content was satirical criticism of Stalin.
Since its publication, Animal Farm has been banned in the USSR, the United Arab Emirates, Cuba, and North Korea. Though adapted multiple times, but the one to watch (after you read the book) is the 1954 animated version by Joy Batchelor. Though it deviated from the source material, it’s an interesting and entertaining addition to the world of book-to-film adaptations.

The Da Vinci Code (2006)
The Da Vinci Code, the best-selling 2003 novel by Dan Brown, introduced us to Robert Langdon and the idea that there is so much more than meets the eye in the world of Christianity. The novel struck the Catholic Church as offensive and the powers-that-be in Lebanon went so far as to ban it in that country. Its publication inspired controversy among critics, historians, and theologians. Ron Howard directed the 2006 movie adaptation starring Tom Hanks and Audrey Tatou. Critics were as divided about the film but, ultimately, no matter where you stand on its content, at its core it’s a nail-biter of an adventure. [I liked his next book, Angels and Demons better, but I’m sure that will never be made into a movie]

Gone with the Wind (1939)
It didn’t take long for Margaret Mitchell’s 1936 Pulitzer-and National Book Award-winning novel, Gone with the Wind, to get snatched up by Hollywood. The epic tale was brought to the big screen by David O. Selznick and Victor Fleming. Its production was massive and often troubled, but following its release in 1939, the story, script, and star power (Clark Gable and Vivien Leigh) earned it ten Academy Award wins. The book has been challenged on and off over the years because of its realistic depictions of slavery and race issues, the latest iteration of this concerns the film’s repeated use of about the “N word.”
Easy A (Inspired by The Scarlet Letter) (2010)
In 2010, screenwriter Bert V. Royal teamed up with director Will Gluck to bring a (very loose) adaptation of Nathaniel Hawthorne’s 1850 novel, The Scarlet Letter, to the big screen. Together, they created a film that would join “Clueless” and “10 Things I Hate About You” in the Best Classic to Teen Dramedy Club (and would, simultaneously, launch the career of Emma Stone). The themes in Hawthorne’s novel – illegitimacy and adultery — were quite risqué for his time and led to its being challenged many times over the years. Many times the challenge came from the more conservative protestant churches as it also depicted a corrupt minister.

Harper Lee’s now-classic 1960 novel, To Kill a Mockingbird, takes place in the early 1930’s in Alabama. Atticus Finch, respected attorney and father to Scout and Jem, takes on the defense of a black man named Tom Robinson. Tom has been accused of raping a white woman — and by defending him, Atticus is opening himself up to the scorn and threats of the locals in his predominantly racist Southern hometown. In spite of many efforts across the world to ban Harper Lee’s Pulitzer Prize-winning novel, most recently in 2013 in the U.S., it has sold more than thirty million copies. The 1962 movie adaptation, starring Gregory Peck, Brock Peters, and Robert Duvall, won three Academy Awards and was nominated for an additional five.

One Flew Over the Cuckoo’s Nest (1975)
In 1962, Ken Kesey published the novel One Flew Over the Cuckoo’s Nest, set in a psychiatric hospital in Oregon. The story is told from the perspective of Chief Bromdem, a Native American man assumed to be deaf and mute. Chief’s observations of, and insights into the mental and actual worlds of his fellow patients and the hospital staff are thoughtful. They most often focus on Randle Patrick McMurphy, a man who feigned insanity in order to serve a jail sentence in the psych ward rather than prison. The book has been challenged and banned multiple times across the country, and has been called “pornographic” and “garbage.” Milos Forman brought the book to screen in 1975 with an adaptation starring Jack Nicholson, Will Sampson, and Louise Fletcher. It won five Academy Awards including Best Picture, Best Director, Best Lead Actress, and Best Lead Actor. 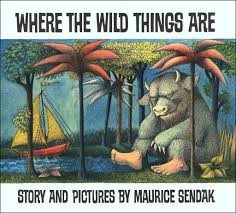 perfect source material and the perfect screenwriter in Dave Eggers. The book, published in the early 1960’s, has been challenged over the years because of its dark subject matter – the fantasy world of wildness created by the young Max in his bedroom after he is sent there “without his dinner” – the book remains a perennial favorite of many parents.
Of Mice and Men (1939)
Almost from its publishing, this dark story by John Steinbeck has been adapted to movies, stage presentations and even as a Merrie Melodies cartoon. The best version according to critics and cineophiles alike reaches back to Lewis Milestone’s Oscar-nominated 1939 adaptation. The book has been challenged over the years because of its”accurate” depiction of slavery in the United States.

Sophie’s Choice (1982)
William Styron’s 1979 novel, Sophie’s Choice, is the story of three people sharing living space in a Brooklyn boarding house in 1947. One of these three, Sophie, has survived the concentration camps that peppered the landscape of World War II. She carries with her the guilt from a decision she made at while interred. The novel has been challenged often due to its explicit sexual content. In 1982 director Alan J. Pakula adapted Styron’s novel for film, starring Meryl Streep, who earned her second life Oscar for her performance.

J.R.R. Tolkien’s 1954 fantasy novel, The Lord of the Rings, which began an epic trilogy, has been adapted in numerous iterations since its publication. When Peter Jackson decided to direct a brand-new trilogy beginning in 2001, however, all previous versions fell into the background as Jackson’s creative brilliance brought new life to the story, while respecting Tolkien’s source material. The entire trilogy has been challenged on grounds of being “irreligious.” Regardless, the first title in the series is, to date, one of the best-selling novels of all time. The real truth about Tolkien was that he was, in fact, a very religious person.
Being “Banned in Boston” in the 21st century doesn’t happen much anymore in this age of self-publishing and “Kindle singles”.

Negative publicity can reflect positively in sales. My question remains:

Why were books that make us think, and perhaps broaden our minds and cause us to think in new ways, be banned in a society that upholds free speech?