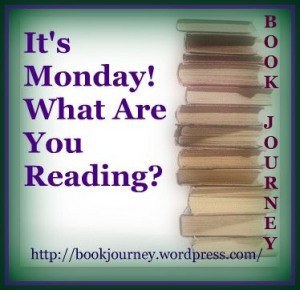 It’s hard to believe I have only been home a little over a week.  When I think of it that way I guess I have accomplished a bit since my return.  Considering I have been tired and the last couple of days not feeling so awesome, I did ok. 🙂

Here is what I posted this past week:

Off The Beaten Page by Terri Peterson Smith (books and traveling – oh my!!)

In A Sunburned Country by Bill Bryson

Anything That Moves by Dana Goodyear (talk about EXTREME eating!)

Harry Potter and The Goblet Of Fire by JK Rowling (finally!  I have finished the 4th book for the readalong!)

This may look like a bit, but this would also be reviews I could not post while I was away.  I did not get much reading done this past week so I do not have much to add from last weeks plan however this is what is new:

Since childhood, Julia owned as a slave another Julia, known as Jule. Jule guarded her mistress’s closely held twin secrets: She had perilously poor vision but was gifted with prophetic sight. So it was that Jule became Julia’s eyes to the world.

And what a world it was, marked by gathering clouds of war. The Grants vowed never to be separated, but as Ulysses rose through the ranks—becoming general in chief of the Union Army—so did the stakes of their pact. During the war, Julia would travel, often in the company of Jule and the four Grant children, facing unreliable transportation and certain danger to be at her husband’s side.

Yet Julia and Jule saw two different wars. While Julia spoke out for women—Union and Confederate—she continued to hold Jule as a slave behind Union lines. Upon the signing of the Emancipation Proclamation, Jule claimed her freedom and rose to prominence as a businesswoman in her own right, taking the honorary title Madame. The two women’s paths continued to cross throughout the Grants’ White House years in Washington, DC, and later in New York City, the site of Grant’s Tomb. 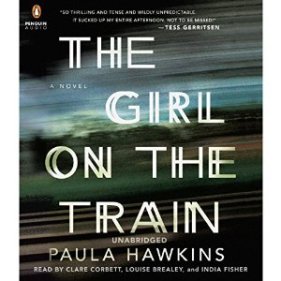 Rachel takes the same commuter train every morning. Every day she rattles down the track, flashes past a stretch of cozy suburban homes, and stops at the signal that allows her to daily watch the same couple breakfasting on their deck. She’s even started to feel like she knows them. “Jess and Jason,” she calls them. Their life—as she sees it—is perfect. Not unlike the life she recently lost. And then she sees something shocking. It’s only a minute until the train moves on, but it’s enough. Now everything’s changed. Unable to keep it to herself, Rachel offers what she knows to the police, and becomes inextricably entwined in what happens next, as well as in the lives of everyone involved. Has she done more harm than good?

I have not started either of the books i mentioned last week so will not add any more books this week. 🙂

Now what are you reading?  Please add your link to your own “Its Monday What Are You Reading” below where it says click here.  Oh and talk about us on twitter using hashtag:  IMWAYR

68 thoughts on “It’s Monday! What Are You Reading?”