Hi!  I am Ryan from Wordsmithonia.  It seems like I’ve known Sheila for forever.  She wasn’t the blogger that got me hooked on the idea of blogging itself, but she was the first new blogger I met, and she couldn’t have been kinder.  I’m pretty sure it was actually through the Ning Book Blogs site that I met her.  I had just started blogging, back in the summer of 2009, and I was trying to check out as many resources as I could.  I came across a group for Minnesota book bloggers, and while I don’t live there now, it is my home state, and ended up talking with Sheila.  She was more than gracious to this newbie, and she was there, willing to answer any questions I had, and give as much encouragement as she had the time for.  She was a godsend back then, and I couldn’t have been more grateful to her.  I’ve cherished our blogging relationship ever since then, and I know it will be a relationship I can look forward to for years to come.  I guess I’m using all these words as a way to say how frickin excited I was that Sheila asked me to pop on in, and do some blog sitting for her.

One of the things I’ve always adored about Sheila is her ability to get me, and others, to read books we wouldn’t have read on our own.   There have been many over the years, but when I put on my excavating gear, and actually started to nose around in her archives, I quickly realized two things; how much she really did influence my own reading habits, and how many books we had in common.

Now we all know how many books she has reviewed over the years, so I wasn’t about to head into her archives unprepared, or by myself.  It took me a few day to assemble my team, get the equipment gathered, and psych myself up for such a awesome journey.  I knew I needed the legendary explorer, Professor Von Hardwigg to spearhead the expedition.  Anyone who has been to the center of the Earth, was more than prepared for the daunting task that laid before us.  I also knew that I wanted to have Tom Sullivan and Paul Harris on the team.  The work they did on the Hypnerotomachia impressed the hell out of me. They were essential to my plan to excavate any rare and valuable tomes that we came across, and I wouldn’t have been able to undertake such a journey without them.  I rounded out the team by inviting Professor Karen Holloway.  I had been impressed with the way she handled the whole Houses of Stone incident, and I knew she could be counted on to help explore Sheila’s Archives just as easily. 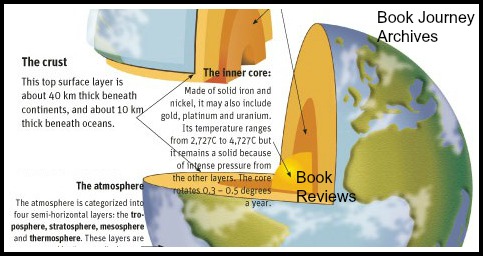 It must have been towards the end of day three, that we started to look for somewhere to set up base camp.  We needed to find a good centralized location from which we could develop a good strategy, and come up with an overall map of the place.  For a second, I considered using the 2 bedroom, brownstone apartment that the Wendt’s had used, but I remembered the issues they had with it, and I wasn’t wanting to deal with the same thing.  I thought about using the Mississippi home of Silas Jones, but figured that he and his brother were still needing space to fix their relationship.  I even considered setting up near the Borgo Pass, but didn’t want to deal with the temperamental Count who lives near by.  When none of the other suggestions made a lick of sense, I racked my brain for hours, trying to come up with an alternate solution.  Then it hit me, why not use a location that Sheila herself introduced me to.  Why I didn’t think of that secluded, secret garden before was a mystery to me, but I knew it would be the perfect spot.

Sheila had actually organized this huge party a few years ago, introducing many of us to this magical place.  Though it had been a few years, I still knew the general location in the archives, and figured it would be a good, central location from which to continue our explorations.  Once we had indeed found it, and started to settle in, we experienced a sense of contentment and peace, something that we were woefully lacking after such an arduous first leg of the trip.  We were made to feel at home by the three lovely children who regularly visited the garden, and they graciously provided us with hours of entertainment.  I wasn’t expecting to have the same emotional reaction to the garden as I did the first time around, but I couldn’t help but feel as if I had come home once again.  The history behind the garden, the stories that developed around it, and the way it had influenced the lives of the children, made this particular garden a peaceful haven.

Now I’ll be the first to admit that I was reluctant to even visit the garden the first time around.  I had always viewed garden parties as something of a more “feminine” past time.  I even remember writing in my journal of my initial hesitation, and the eventual transformation I went through once I shrugged off my hesitancy and allowed myself to enjoy my stay there. I had no such doubt in my mind this time around.  I knew, without a shadow of a doubt, that the garden would make a lovely headquarters as my team continued to explore Sheila’s Archives.  Maybe, someday, I’ll even let you guys in on some of our findings.