2014… what a year of great reads in both book and audio format!  A few days ago I posted my highlights for 2014, but I did not post about the books.  Now in this roundup, here are the books that made my year of reading even better.

Early in the year, The Bookies Book Club read and enjoyed a heavy discussion because of the book Me Before You.  This book is about Will, a quadriplegic young man who lost his vibrant active life to an accident.  Enter Lou, a girl hired to be a companion to Will, spend time with him, talk to him and honestly, keep an eye on him.  The book is incredibly engaging, definitely opinion enhancing, and over all an excellent read for yourself or for a group discussion.

In March I discovered The Martian on another blog and loved the idea of it.  I listened to it on audio and

loved it from the very first line.  Log Entry:  Soul 6:  “I am pretty much f*****.”  When Mark Watney is one of the first people to walk on Mars that was pretty cool.  The fact that he may also be the first person to die on Mars…. not so cool.  Wonderfully narrated by R C Bray, The Martian is all about one man’s journey of trying to get back to earth. It is so down to earth (no pun intended) and just a fun fun listen.

Love Life by Rob Lowe is one I had to think about before I added it to this grouping.  Not because it was not worthy, but I had to consider if it really was best of the best.  It makes the list because Rob Lowe’s autobiography’s have both been excellent to listen to.  Rob is an amazing narrator and as someone who grew up in the 80’s, I really enjoy hearing about his life. While Rob’s first book was more about his childhood and getting involved in movies, Love Life is more of a look at where he is now as a husband and father… and that is pretty darn cool.

Don’t you just love books that make you go “WHOA!” and you know you need to read again at some

point just to get the full impact?  We Were Liars is such a read.  This book centers around 4 teens Cady, Johnny, Mirren, and Gat who spend their summers at a beach house belonging to a grandparent.  When Cady wakes up naked on the beach she has no idea how she got there… and for whatever reason, her family is not giving her the details either.  Everyone in fact seems to be treating her as though she is fragile….  We Were Liars is a definite do not miss!

For the Foodie Book Lovers ( ME! ME! ME!) Delicious by Ruth Reichl offers up a fun fictitious (sort of) read about a girl who takes on a job at a food magazine as the person who handles the complaint calls.  It is an incredible read and after hearing Ruth Reichl speak at the Book Expo this year I discovered that not all in the fiction read is fiction. 😉  I highly recommend this book.  I listened to it on audio and it was wonderful.

Little Mercies is a hotbed topic and I devoured this book!  Ellen Moore is a Social Worker who has seen

the worst of people and their actions.  Yet when an early morning call involving children and domestic dispute calls Ellen to the scene, she finds herself on the other side of her position.  Accused of child endangerment, Ellen finds everything to turn full circle and now she may lose everything.

It wouldn’t be a full roundup unless I included something from one of my favorite genres, YA.  When I first discovered The Young World it was from a poster in the women’s bathroom at the Book Expo this year.  No kidding.  The poster said, “Flush while you still can!” and I knew I had to find the book.  Wrapped around a dystopian world,  a group of teens set out in the dangerous terrain of New York to try to find some sort of relief to this new world.  Crazy awesome good… you know I am waiting for it to become a movie! 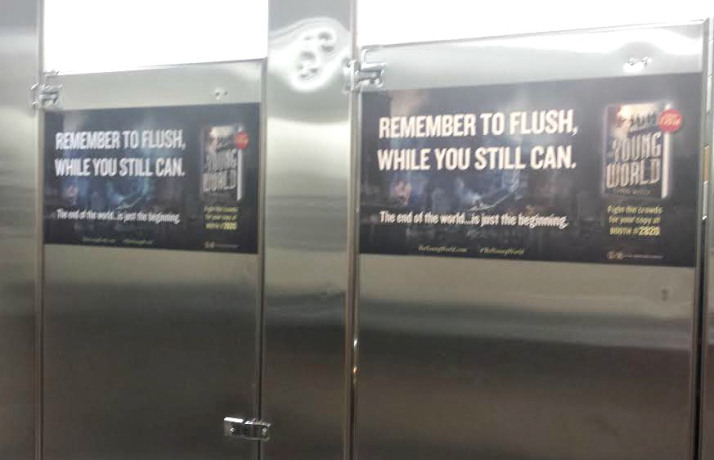 A little known title (from what I have seen), Belzhar by Meg Wolitzer amazed me and sucked me right in.  I thought it was

brilliant and gushed about it to everyone I knew and probably a few people I did not know.  A YA setting, Jam is sent to a school for kids who are going through a hard time.  With the sudden loss of her boyfriend, Jam has had a hard time coping in the real world.  When their teacher assigns them the Bell Jar by Sylvia Plath to read and a leather bound journal to write in weekly, Jam thinks things can not get much lamer.  Yet there is something amazing that happens when she writes in her journal, and when she opens up tot he other students, she finds out they are all experiencing similar happenings.  Belzhar should remain on your list of books out keep an eye our for.

The Silent Sister by Diane Chamberlain not only blew me away… it opened my eyes to a whole lot of great reads by this new to me author.  The Silent Sister is Diane Chamberlains newest release about a girl names Riley who’s older sister had committed suicide when Riley was very young.  After Riley’s father passes away, Riley returns to the home of her childhood to prepare his home for sale when she comes across some papers that may very well mean that her whole life has been a lie.  Breathtaking twists and turns – treat yourself to this author and this book! 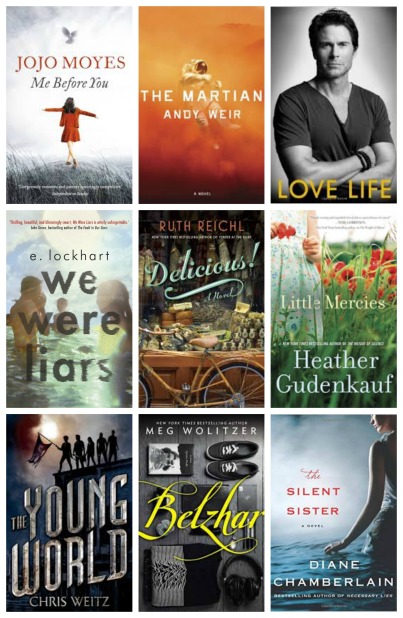 There it is.  That is my great reads of 2014.  There are obviously many books that I never got around to reading that may very well have been on this list if I had made it to them.  Perhaps next year… 🙂