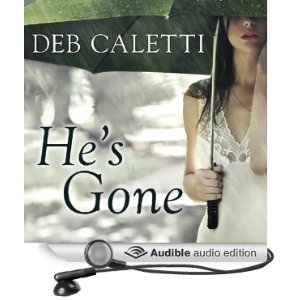 Dani Keller wakes up on her houseboat with a wine hangover from the previous nights get together with her husband.  When she reaches over the bed for her husband Ian, she finds he is not there.  When she looks around she finds he is nowhere in the houseboat but his car is still parked out on the landing.  Feeling he may has went out for coffee and scones she awaits his return.  When day turns to night and Ian is not answering his cell phone her annoyance turns to worry.  As the days start to pass and the police become involved Dani searches her foggy memory of the night of the party.  Did something happen she can not recall?  Is there something in their life together that has led up to this?

I love the synopsis of this book.  Coming off of The Silent Sister by Diane Chamberlain I was geared up for more like that.  There are things that I did enjoy about this read but some I found not fitting as well. Lets start with what I liked.  The characters are well developed.  I liked Dani and I enjoyed the background story of her relationship with Ian, how it began and what they did to be together as well as the complications of that decision.  It felt like there was almost a life lesson in there.  I enjoyed her daughter and her mother (who on audio reminded me a lot of Grandma Mazur from the Stephanie Plum series… just a funny older lady).  These two characters provided a level ground for Dani.

What I didn’t like is what actually happened felt obvious to me from the beginning even though the author gives us plenty of venues to create doubt and possibilities.  There seemed to be a lot of things that should have been done in an investigation such as this but were not.

If you can let go of reality, the book is a fine read.  I don’t mean to sound harsh as I did enjoy it and was curious as to what had actually happened all the way through the read. Author Deb Caletti creates a mystery around love and betrayal that will keep you guessing.