October!  Enough said!  Seriously though… October?  Here is what I posted this past week:

In Cold Blood by Truman Capote

The Best Of Me Film Release Giveaway!

This Is Where I Leave You Book VS. Movie

My Next Read Winner!

This week is going to be bookish!  Tomorrow we are having our first ever friends of the library recap and retreat.  On Wednesday and Thursday I will be at the Minnesota Library Association meeting and then home on Friday.  It is going to be fun!  Here is what I have planned for the week: 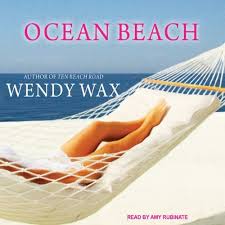 When unlikely friends Madeline, Avery, and Nicole arrive in Miami’s South Beach neighborhood, they’re hoping for a do-over. Literally. They’ve been hired to bring a historic house back to its former glory on a new television show called Do Over. If they can just get this show off the ground, Nikki could fix her finances, Avery could restart her career, and Maddie would have a shot at keeping her family together.

The women quickly realize that having their work broadcast is one thing, but having their personal lives play out on TV is another. Soon they’re struggling to hold themselves, and the project, together. With a decades-old mystery—and hurricane season—looming, the women are forced to figure out just how they’ll weather life’s storms . . .

It was just another ordinary day at McKinley High–until a massive explosion devastated the school. When loner David Thorpe tried to help his English teacher to safety, the teacher convulsed and died right in front of him. And that was just the beginning.

A year later, McKinley has descended into chaos. All the students are infected with a virus that makes them deadly to adults. The school is under military quarantine. The teachers are gone. Violent gangs have formed based on high school social cliques. Without a gang, you’re as good as dead. And David has no gang. It’s just him and his little brother, Will, against the whole school. 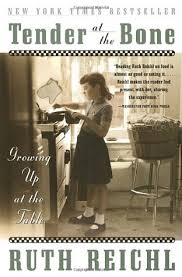 Tender at the Bone is the story of a life determined, enhanced, and defined in equal measure by unforgettable people, the love of tales well told, and a passion for food. In other words, the stuff of the best literature. The journey begins with Reichl’s mother, the notorious food-poisoner known for-evermore as the Queen of Mold, and moves on to the fabled Mrs. Peavey, onetime Baltimore socialite millionaress, who, for a brief but poignant moment, was retained as the Reichls’ maid. Then we are introduced to Monsieur du Croix, the gourmand, who so understood and yet was awed by this prodigious child at his dinner table that when he introduced Ruth to the soufflé, he could only exclaim, “What a pleasure to watch a child eat her first soufflé!” Then, fast-forward to the politically correct table set in Berkeley in the 1970s, and the food revolution that Ruth watched and participated in as organic became the norm. But this sampling doesn’t do this character-rich book justice. After all, this is just a taste.

Thats the plan.  Whats your plan?  Add your link below where it says click here:

24 thoughts on “It’s Monday! What Are You Reading?”