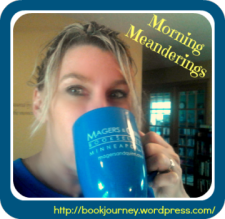 Happy Saturday!  Really!  The sun is shining in central Minnesota and I think I will actually be able to mow today which I LOVE!  (Mowing = audio time) 😀

If you read my morning post yesterday I listed some bookish things I was doing with my day.  My friend Gail and I went to help out a struggling lending library that was lacking books.  It was a fun little road trip with coffee and scones (thanks Gail!)  The owner had put out an s.o.s. on Facebook and he said the post received over 4,000 hits!  Our community passed the word and he said books had been coming in.  Between Gail and I, I believe we brought them another 40-50 books.

Then yesterday afternoon The Friends Of The Brainerd Public Library were part of a Literacy Award for our Community College where the author Jon Hassler, once taught.  Jon wrote many books from adult fiction and non fiction to children’s stories.  He is most known for Staggerford, which was also Jon’s first book, about a week in the life of a teacher in a fictional small town in Minnesota. His books have been said to be filled with a lot of action or major happenings, but more like the Mittford series by Jan Karon or the Debbie MaComber series. 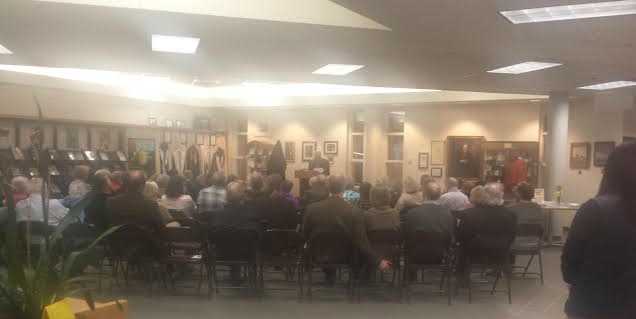 This is the 5th Literary Landmark for Minnesota – YAY!  The others are:

*as seen on the United For Libraries page, Literary Landmarks by State.

It was awesome to be a part of this event.  I was there along with a few hard-working Friends of Our Library – Gail, Laura, and Jolene from our Library in Brainerd.

I have posted this to Saturday Snapshots.  Pop over and see what other photos are being posted around the world today 🙂

18 thoughts on “Literacy Events and Plenty Of Cake”