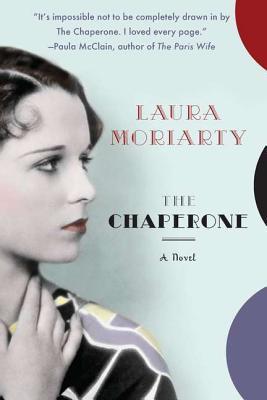 Louise Brooks was going to make it big.  She just knew it.  Kansas, was not big enough to hold her, and in 1922, on her 15th year she leaves for New York for her big break.  To her annoyance, a 36-year-old woman named Cora Carlisle is sent along with her as a chaperone for the free-spirited Louise.

For Cora, this is hopefully going to be the adventure she felt was missing in her life, and she also has an underlying reason for wishing to go as well.  Yet Cora had no idea what an undertaking she was in for… Louise is a beautiful young girl who is arrogant, lacks respect, and is used to getting her own way.  Louise’s constant flirting with older men to get her way, and leaping before she looks, keeps Cora on her toes, and complicates her own reasons for coming to New York.

For five weeks, these two women are together and as time goes by, they are changed by what the other brings to the table.

Open this link in a new tab for some back ground review music….

I love modern-day New York.  This June will be my third time there and I just love it.  Now, saying that, I try to picture New York in 1922 and how it would differ from my experience.  Thanks to author Laura Moriarty, I don’t have to stretch my imagination far!  This well detailed book leaves me feeling like I could walk down the streets of 1922 New York and feel right at home.

Maybe part of my love for this book is the fact that it is set in New York.  Maybe part of that draw is that in a few weeks I will be walking where Louise Brooks one time did as well. Maybe part if the draw is that I will be meeting author Laura Moriarty in New York, and although it is 2012 (details, details), it will be like stepping into the book itself.

Seriously though, I did enjoy this book very much.  I did not know prior to this read that Louise Brooks was a very real person, who shortly after 1922, made it big as a silent film star.  She was, as Laura Moriarty tells in The Chaperone, very outspoken, and expected things to be her way.  (I looked up some information on Louise and was fascinated to find that her father’s business took priority over raising children, and her mother felt that she gave birth to them, now they can raise themselves.  An awful incident with a neighbor at a young age did not help Louise’s already wild state…. )

Ok, I digress, but what I can say about this book is that it was a page turner.  I loved that while Louise Brooks is a fascinating possible protagonist, she actually plays second fiddle her to the real protagonist of the book, Cora Carlisle, The Chaperone.  The story line, the secrets, WOW.  Both women, I found be extremely interesting and I am going to highly recommend that fans of history, historical fiction, New York (YAY!), and strong female protagonists, snatch up a copy of this book.

The book releases on June 5th and is available for pre-order now.  An excellent choice for a summer read.

I bow before you with my 1922 Velvet Dress Hat,

This book was amazing!

64 thoughts on “The Chaperone by Laura Moriarty”