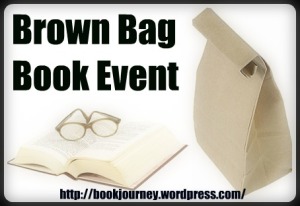 On Monday, July 18th, our local library hosted author Laurie Hertzel to discuss her latest book, News To Me, Adventures Of An Accidental Journalist.  *you can see more details about this event on the Morning Meandering post*

Laurie Hertzel always knew she wanted to be a writer.  She grew up knowing books, and knowing they were important and valued.  With nine siblings, Laurie had said, her dad would occasionally take whoever was around at the time and load them all into the van and they would go into the book store and each be able to pick out whatever book they wanted. 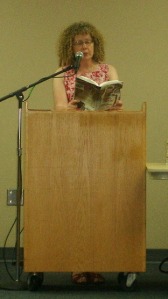 Laurie who is the Senior Book Editor for the Minneapolis Star and Tribune says she receives around 1,000 books a month for review.  They arrive in shopping cart loads and it is up to her to sort through them.  She says on a good week she can get 6 reviews in the paper – one on Monday, occasionally one on Wednesday and four in the Sunday paper.  It is not easy to choose she says but what she says this is what she looks for:

Her job is not sitting at a desk reading.  During office hours she is writing reviews, answering calls and emails.  Her reading comes after hours.  She loves her job and says it is really more like a 24 hours a day job.

For anyone who has an interest in journalism this is Laurie’s advice:

As far as Laurie’s book goes… she is hilarious.  She read aloud the chapter about making coffee being part of her job at a newspaper office.  She was told that the pot was never to be empty. Laurie doesn’t drink coffee and the only faucet that had enough space to put the coffee carafe under it to fill with water, was the one in the mens bathroom.  She learned quickly that by making really bad tasting coffee, and then responding, “What?  Oh does it not taste good?  I don’t know what it should take like as I do not drink coffee”, soon caused that task to be removed from her list of duties.

The book itself takes us through Laurie’s careers from the library to the news room… and um… back to the library.  She speaks well, she is fun and funny to listen too.  She also has some amazing chapters in the book such as when in the mid 80’s she went as a reporter to Russia with a group of people from Duluth Minnesota who wanted to make one of the Russian towns their sister city, and when letters requesting such were ignored, they decided to go in person.   Laurie pretty much sold out of her books at this event.

I am currently reading News To Me and I will have a review of this book up in the next couple of days.