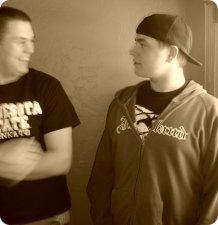 I love Time Hop and Facebook’s Time line.  That’s when you can look up posts and/or pictures that you posted on a certain day in past years.  For the most part, you may find something interesting once in a while….a good memory… a great pic…. but today must be a day that I do things because January 8th had a lot to say.

For starters, I made the above picture my Facebook profile pic on this day in 2013.  What is interesting is that I love(d) to change out my Facebook pic and used to do so frequently…. but my current Facebook is and has been for quite a while now, this same picture you see above.

Also, on this day 3 years ago I was appointed to the City Library Board.  In 2012, I had two conversations about books with Justin on that day.  One was regarding the book, The Girl With The Dragon Tattoo… the other was about purchasing second-hand text books for college from Amazon and Barnes and Noble.

And then…. there was this: 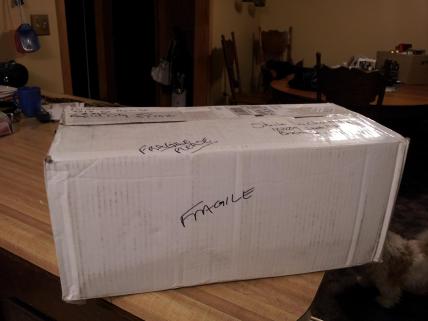 This is a box that was sent to my book club on this day for our book club meeting that night.  The book was In The Belly Of Jonah, and the amazing author was Sandra Brannan.  What was fun (beyond the super cool BIG package) was what was inside.  Sandra and I had originally met in New York at the Book Expo.  I had since seen her a few times including a time she was speaking in Minneapolis and myself and another book club member Susan went and took her out to dinner before her speaking.  After dinner I introduced her to the delicious drink the Colorado Bulldog (which may or may not have caused us to cut it close on the speaking engagement but really…. that is another story).

So…. in the box was chocolate rocks with Sandra’s book cover on it, a 6 pack of coke, chocolate syrup, and a skull (yes skull) of good vodka.  All the making (except the milk) to make Colorado Bulldog’s.  It was awesome and since Sandra skyped with us that evening, we all had a drink together. 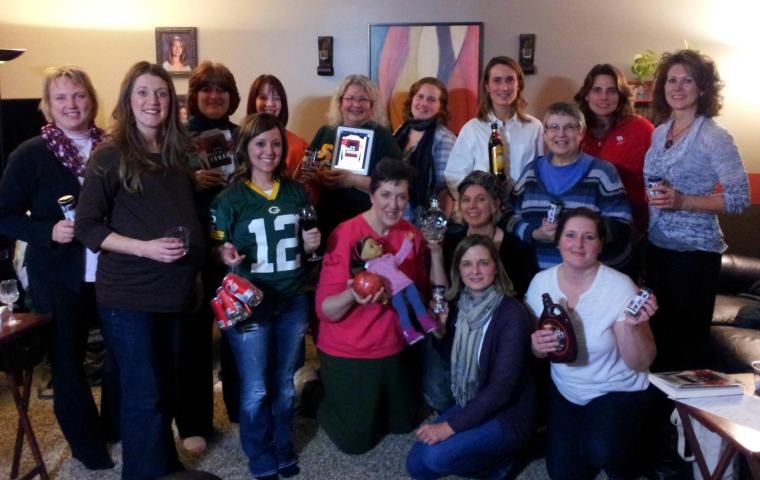 Now that is a good January 8 memory.  Actually… they all are. LOVE my book club.

Any good January memories for anyone?  What were you reading a year ago today?