Harriet Vanger, a young member of a very wealthy Swedish family disappears at the age of 16.   Gone without a trace, 40 years later, Harriet’s Uncle is still haunted by her absence… was she murdered?  If so by who?

Mikael Blomkvist part owner of the magazine Millenium has just taken a huge hit to the pocket-book.  Caught in a libel conviction he decided to take a breather from the magazine until the heat wears off and instead of a break, finds himself hired by Harriet’s uncle to research and try to find evidence as to what happened all those years ago.  With the help of a very damaged young tattooed computer hacker Lisbeth Salander, Mikael finds himself searching for pieces that will change the lives of all involved.

Sound popcorn worthy?  Well…. it depends on who you ask.  This was my book club, The Bookies, pick for our September read.  Due to a crazy busy month, by the time we reviewed this book last week I was not finished.  Not even close to being finished.  However, I think that really gave me an outside look at an interesting and somewhat hard discussion with our book club.

Our group met at a lovely Mexican restaurant and over assorted yummy dishes (I was so tired I forgot to order!) we discussed this book.   This book brought out mixed opinions, strong opinions on both sides.  I had ladies in the group who loved the read, found it interesting, fast paced, and fabulous.  Several of the girls in the group had already moved on to books two and three.  I had a couple that found it pretty neutral, even predictable, and had guessed the outcome long before the final pages were turned.  And there were a few that hated the book.  And I do not use that word lightly.  The book brought up some hard memories and the gory, graphic parts of the book were found to be too much, as well as Mikael’s promiscuous behavior ( he seemed to have no problem sleeping with an assortment of women,including one who was his best friend, and married and her husband did not care).

While you may be reading that above paragraph and think the review must have been just a battle and a nightmare, no, it was quite the contrary.  This remarkable group of strong women that I have the pleasure of meeting with each month (and have since August of 2001), are very respectful of each others opinions.  I, having not completed the book at the time of review, really found this discussion to be intense and as I say often, the books that bring out the emotions in us are usually the best reviews, especially when we come up with an assortment of feelings about the book.

One of the thoughts that touched me was while what happens to the character of Lisbeth Salander is horrible, cruel, and truly hard to read, this really shows how strong of a woman she is and for those who have went on to read the other books, they feel that this first book really lays out the ground work of how she became who she is.

Flash forward a few days ahead to where I have finished the books and these are my thoughts I would like to add:

Yes, there are parts of the book that are graphic and hard to read.  I was a little glad I had a heads up about that through my book club because at the time of our discussion I was at a part in the book where things were flowing along much like a Sherlock Holmes read… solving a crime, looking for clues, just with the twisted addition of a very unusual relationship between Mikael and Erika.

While this book is pretty much centered around the activities of Mikael, it is to my understanding that  in the next book and the one after, it is actually Lisbeth who takes the lead character role and I find that an interesting turn from our author.  Actually, it is quite brilliant to bring Lisbeth in as a background character and then make her more important as the series goes on.

I ended the book very much satisfied that I had just read a good mystery and I would continue on with this series. 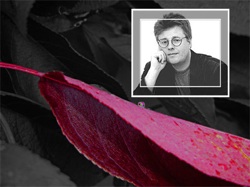 Stieg had finished three detective novels in his trilogy “The Millenium-series” which were published posthumously; “The Girl With The Dragon Tattoo”, “The Girl Who Played With Fire” and “The Girl Who Kicked the Hornets’ Nest”. Altogether, his trilogy has sold more than 20 million copies in 41 countries (spring of 2010), and he was the second bestselling author in the world 2008.

After I finished reading the book, I rented the movie to see what these characters would play out like.  While I have heard great thoughts about the movie, I have to disagree.  The character of Erika seemed to soft and always looked on the verge of tears.  In the book her relationship with Mikael is ongoing and she is frequently featured.  In the movie, I am not sure I would have understood the depth of the relationship if I had not read the book first.

As in most movies from books, many parts were left out including one of the crucial moments in the book that lets you really understand what Lisbeth is made of.  I was surprised that it was omitted and still wonder if I just blinked and missed it.   Overall thoughts on the movie:  It looks like they are making American versions of all three of the books into movies.  Currently the movie I watched was the swedish one with English subtitles.   I would be interested in seeing how the new version will change from the one I seen.

When in Ostergotland, stop by Steve’s Coffee, you may run into Mikael and Lisbeth grabbing a cup of joe, both are heavy coffee drinkers.

Cover Story:  There are other covers to this book and while this is nothing special, it’s not an unlikable cover.  Something about it is appealing.

I purchased my copy of this book from BookWorld