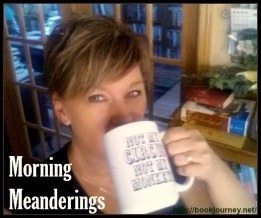 Good morning!  For today’s Saturday Snapshot I thought I would share with you a little information on the Glow Worm Caves in New Zealand.  When traveling there last month I had never heard of the glow worm caves.  Our travel-mates were signed up to do a tour at the caves and we decided to join them.

What a trip in education!

The caves are located in Waitomo, New Zealand.  From our cruise ship that had docked in Auckland it was about an hour to the caves.

The glow worm is actually while pretty to look at, also gross.  It is apparently the larvae life cycle of an insect and looks like a maggot.  (The caves were dark so thankfully we only seen the pretty part).

The caves themselves are beautiful lime caves.  I wish we could have taken pictures inside, the rock formation was beautiful.

The female glow worms drop a line which is what you see in the picture. The line attracts insects and they get stuck to the line.  It is crazy but the females live two days and the males live three days.  The cycle continues due to the thousands of eggs each female lays in her short lifetime. 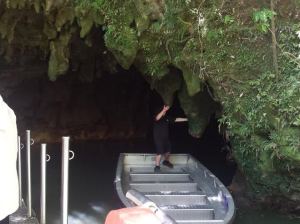 It is deep within the caves that we then get in the small boats.  We are asked to remain very quiet as our voices cause vibrations and disturb the glow worms.  It is a pretty cool experience. 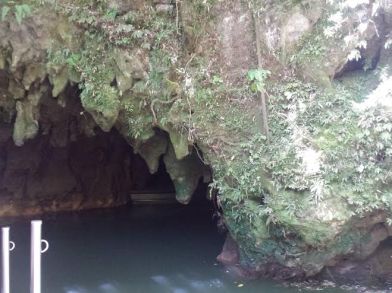 You can read more about the glow worms on the Glow Worm Tour website.  It is a unique tour.  I had never heard of a glow worm until the tour.

Today I may just read.  Or I am talking big.  I keep saying I am going to read all week but I have been busy with projects and the books kind of go to the wayside.  I do need to have some book time this weekend.  Order of the Phoenix and a few others wait on me.

What are you reading this weekend?