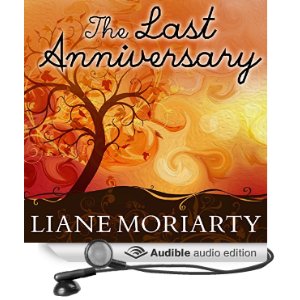 Sophie Honeywell was once the girlfriend of Thomas Gordon, yet on that very day that Thomas had planned an elaborate proposal – Sophie broke up with him, feeling that he was not the one for her.

Years later as Sophie is approaching 40 years old, she is still annoyingly single, and Thomas she heard, has been happily married for years as well as a father.  When Thomas calls Sophie out of the blue one day and asks to meet up. Sophie is shocked but curious as to what he will have to say.  Nothing could have prepared for this conversation.

When Thomas meets up with Sophie he explains that his aunt Connie who was one of the few people who lived on Scribbly Gum Island had passed away.  Sophie recalls having met Connie a couple of times during her and Tom’s courtship.  When Tom tells Sophie that Connie has left her beautiful home to her, Sophie is shocked; but a letter accompanying this revelation confirms Connie’s wishes all to clearly.

Entering back into Tom’s family as the “ex who dumped him” is not easy.  And Scribbly Gum Island came with much baggage…. including the famous Munro Baby mystery, that happened right inside the home that Sophie had just inherited.  With a cast of interesting and quirky characters, Sophie’s life is about to change completely.

I chose this audio because I can not get enough of the incredibly engaging writing of Liane Moriarty.  This is one of her older titles, written in 2010.

At first listen, I almost gave up on the audio narrated by Heather Wilds (good narration, she had many vices to keep up on!).  The Last Anniversary did not jump-start right into the action as her newer titles do.  About 30 minutes in, I was glad I hung in there as I could start to sense the emerging Moriarty that this author will come to be.

The Last Anniversary has some interesting characters that I enjoyed.  As we enter the story, Connie has passed away however you do get a chance to know what type of person she was.  Her sister Rose (now in her 90’s!) is still quite active, Veronica is a hot mess – at once angry that Sophie was given the house of her aunt and apparently struggling with identity as well, Enigma – the baby of the mystery who is now a grandma…. and more.

There is enough here of Moriarty that fans of writing will enjoy this.  I did enjoy this one and as always, look forward to more from her.

13 thoughts on “The Last Anniversary by Liane Moriarty”