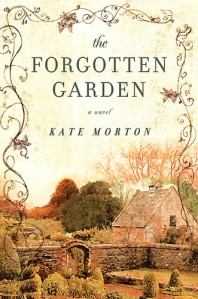 Grab your coat and a change of clothes, we are going on an amazing adventure – and once we get started, you are not going to want to turn back!

It is 1913 and a little four-year old girl is found coming off a ship in Australia.  She has no memory and is taken in to the home of the dockmaster and his wife and raised as their own.  When Nell, as we come to know her, turns 21, her life is turned upside down when the dockmaster shares the secret that she is not who she thinks she is.

Tormented,by the mysteries behind who she is, Nell’s only clues to her past are within a small suitcase that was with her when she was found abandoned.  Many years pass and within the pages of a book of fairy tales Nell is able to put enough together to find that she was from England and just as she is about to embark on the journey that holds the keys to her past, her granddaughter Cassandra is left in her care. All plans are then placed on hold so Nell can raise her granddaughter.

When Nell dies, it is Cassandra who picks up where the clues left off – finding herself drawn to the mysteries of who her grandmother was, she takes the journey that Nell never had the opportunity to… and unlocks a much bigger story than anyone could have imagined.

Starting out in 2005 with Cassandra and the passing of Nell, we weave back to 1913 when Nell first arrived off the ship, to 1930 when Nell turns 21, to 1976 when Nell takes Cassandra into her home.

Looking at that above paragraph you can think that this 552 page book could be just a jumble of happenings and a big confusing mess… and..

you would be wrong.

Kate Morton weaves together strong women through the decades that in some cases never met, but still have their stories entwined, making not only the women, but the story , stronger.  This writing style would not be for the light of heart or for someone of little imagination as you could easily get lost in the worlds that are within the pages, but again I had no trouble sorting out the story line, more and more fascinated and deeper involved as each page was turned.   Kate Morton holds together each story on its own and a more in-depth read I have not encountered in a long time.

I like to think of The Forgotten Garden that way: just as a Victorian mourning brooch contains a plait made from the hairs of family members, my book’s narrative binds the lives of three women in three different eras into a single story.

At first I admit that I did find myself trying to remember what was happening when as each chapter for the most part switches years and pieces of the story.  I was asked why I was not whipping through the book, and my response was that as I read I would have to back track to recall where I was and what was happening….  however, about 100 pages in, I picked up on the flow of the read and started to truly engage in each of the different parts of the story – looking forward to what was going to happen next.

I was in awe of how author Kate Morton was able to detail each part of the book so well and there was no story line that lagged.  In books I have read in the past that have attempted this style of writing I have found that I prefer a storyline and skim through the others just to get back to what I like, this was not the case in this book.  Each woman was so detailed in their time period I felt as though I was there – from the detailed descriptions of the houses to the clothing and the background characters, they all held a secure spot in bringing this divine work of literature to a very satisfying close that will not soon leave my heart.

This was our book club pick for our January 2011 review.  It was a fun discussion and I was pleased to see that for as big as this book was, almost all of the group had finished it is time for the review, with a few exceptions (me included!), yet everyone was planning to finish.

My favorite discussion question was the one where we talked about what would happen if you found out everything you thought was true about your life, was false, such as Nell did when she turned 21.  At that point Nell made huge life changing decisions because of this news.  This surprised me and our discussion became pretty deep as we talked about how we would each take such news.  While some of us felt you could move froward from that moment with little disruption to your life, others strongly disagreed and felt that news like that would truly change the course of your life and you would always be left with that “what if”, and “who am I really” feeling.

Out overall rating on a scale of 1 – 5 was a strong 4.8.  In many cases, the highest rating some of our members have ever given a book.

I won this book from Helen’s book blog

46 thoughts on “The Forgotten Garden by Kate Morton”