Clay Jensen returns home from school to find a mysterious box with his name on it lying on his porch. Inside he discovers cassette tapes recorded by Hannah Baker–his classmate and crush–who committed suicide two weeks earlier.

On tape, Hannah explains that there are thirteen reasons why she decided to end her life. Clay is one of them. If he listens, he’ll find out how he made the list.

Through Hannah and Clay’s dual narratives, debut author Jay Asher weaves an intricate and heartrending story of confusion and desperation that will deeply affect teen readers.

I won this book from a contest being held on J Kaye’s Blog. I had my pick of several books to choose from but this one with its title and what it was about for some reason called to me.  I wanted to read it.  I had to read it.  A fiction book on teenage suicide and I was drawn to it.  I am so glad that I was.

Hannah was in high school.  As this book opens, she is already gone.  As we enter the read. Clay has just received a series of tapes, 13 actually, that turn out to be from Hannah with instructions to listen to all the tapes and then pass them on to the next person as instructed.

Clay, who secretly had loved Hannah from afar, is appalled that Hannah would record her reasons for committing suicide and wondered what he had to do with it.  In an almost addictive like manner, Clay begins to listen to the cassettes one after another and Hannah’s story unfolds before our eyes.

Told in Hannah and Clays voice, I found myself as addicted to the read as Clay was to listening to the cassettes.  It was hard to stop, knowing what was at stake.  occasionally I would get so caught up in Hannah’s story, when it switched to Clay’s voice I had to pull myself out and read parts again.

I read this book in two days.  On the second day I didn’t plan on sitting down and finishing the book but I just couldn’t put it down.  Each tape, each chapter, each new character drew me in further….. who was it?  Was it one person who caused Hannah to finally end it all or was it a combination of people, of events.

Hannah’s story, while fictional, brings up a valid and important topic.  High school years are hard.  Within the pages of this book you discover that it is not one person or one event that sends Hannah spiraling downward.  As you read, while some of what happened to Hannah is hurtful, I didn’t find where it was intentionally so.  No one in the story knew how fragile Hannah was.  Perhaps someone knowing would have changed the outcome, perhaps not.

This book is a good reminder of how we treat others.  We never know where someone is coming from or where they have been.  I took so much away from this book and could go on and on but instead of saying too much I am going to play the spoiler card and say that if you have read this book and wish to discuss it further, join me in the Spoiler Room where this can be talked about more deeply.

I leave you with this information on Suicide which I pulled from Author Jay Arthur’s Blog called Hannah’s Reasons: 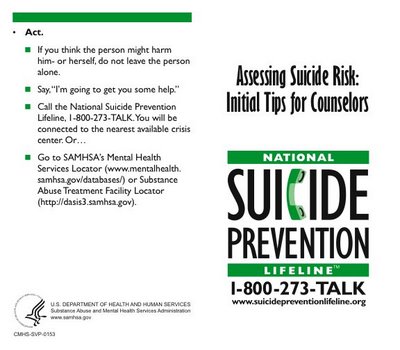 **Later this week I will be posting an author chat with Jay Asher about this book!

I won this book from J Kaye’s Blog

Read in its entirety from the comfy recliner

46 thoughts on “Thirteen Reasons Why by Jay Asher”