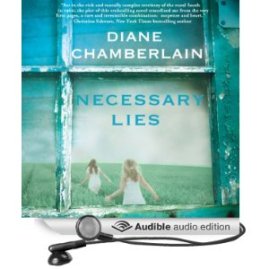 15 year old Ivy lives on a tobacco farm with her grandmother, older sister and nephew.  In most situations, Ivy feels like the adult as her grandmother is growing feeble, her sister struggles with mental illness, and often Ivy is left to care for nephew who is at the age where he gets into everything.

Jane Foster doesn’t need a job.  In fact her husband would quite prefer if she would be content doing what other wives of his profession do… have lunch dates, set up  hair appointments, and plan dinner parties.  Jane however, is bored with that life and wants to do more.  She joins Grace County’s Social workers and is assigned to Ivy and her family.  Soon Jane finds herself too emotionally involved in Ivy’s case mush to the annoyance of both her boss and her husband.  When Jane finds out that Ivy’s sister had been sterilized so she could not have any more children and that the plans were in place to do the same to Ivy, Jane feels she must make a stand for this family.

With what feels like everyone against her, Jane makes hard decisions that affect not only her job, and Ivy’s family, but Jane’s own personal life as well.

Author Diane Chamberlain has never disappointed me.  Another mind blowing tale, except this one as I learned, has truth within it.  At one time, there were state-mandated sterilizations that were used for those decided to be mentally ill, poor, anyone who the state deemed unable to take care of a child in their opinion.  Crazy stuff.

In Necessary Lies, the story is told alternatively from Ivy’s perspective to Jane’s.  It makes for an interesting read as these two women speak from their very different backgrounds.  As the story progresses both Ivy and Jane find that they are not so different after all.

Very well done book, I listened to this on audio and narrator Alison Elliott set the perfect tone for this book.  Fans of Diane Chamberlain, women’s literature, and historical fiction will not want to miss out on this one.