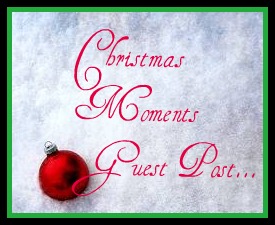 Ryan and I connected a little over a year ago.  I believe he was a new blogger at the time and we just connected.   Last year he was my Review Swap Partner for Book Blogger Appreciation Week and I had a great time interviewing him.  Ryan used to live in Minnesota so we tend to talk about that and I just love reading his blog as he always has something interesting going on! 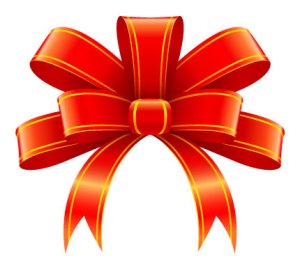 Though I’m not quite sure why I’ve been thinking a lot about one certain Christmas from my childhood. It was the Christmas of 1985 and we had just moved back to Two Harbors, MN earlier that year. I think that Christmas will always stick in my head because that year did not start off very well.

We had been living in California previous too that and needless to say the experience wasn’t one to brag about, especially the last month or two. I’m not really clear on the details of what happened but long story short my mother ended up homeless with two little boys to take care of, I was only 8 at the time and my younger brother was 6. We stayed in a shelter for a few days, but this shelter only allowed people to stay for three days so after that we were sleeping on the streets. I don’t have a lot of memories swirling in my head about those days but one thing I do remember is this really small soul food restaurant that was ow 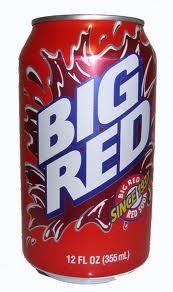 ned by the sweetest woman in the world. I wish I could remember her name or even the name of the restaurant but she was good to us. She made sure we had something to eat and I can still remember the taste of her potato salad that had just a nice amount of barbecue sauce in it. It was so good my mouth is starting to get a little watery. It was also the first time I had ever had sweet potato pie or Big Red soda, both of which are two things I can still not truly live without.

I’m a little fuzzy on how long the street living lasted but I know it was for a few weeks at least. Eventually the people we had been living with found out what was going on and allowed my mom to move back in, which gave her the time to get a hold of my grandparents who got us back home to Two Harbors. The only other memory I really have of that time, the homeless part anyway since I have tons of memories of living in California that aren’t all that bad, was when we were in the shelter. I can remember sitting on the floor and watching The Land of the Lost on TV and for just a moment I was able to forget about the adult world around me that wasn’t making all that much sense.

We were back home in Two Harbors by that May and I don’t think I truly appreciated or realized the full extent of what we had lived through and escaped from. Looking back at it now, I’m amazed that my mom was able to stay sane through it all and always managed to find a way to provide for us. Once we were back in MN though I felt like all that was behind us and I’m not sure I really thought about it all that much for the next few years. I was able to go to school in clean clothes, sleep in a bed, eat all the food I could ever want and not gain an ounce from it (wish that was true now), but most of all I felt safe again. We didn’t live in a big house, it was a two-story apartment on the edge of town. But it was new and clean and it gave me the security I needed at the time. It also helped that my grandparents only lived about 5 blocks away.

By Christmas time things were really looking up, though we were still poor as could be, my mom did everything she could to make sure we had a fantastic Christmas. I remember the three of us cutting snowflakes out of writing paper and taping them on all the windows, not that we didn’t have enough real snow outside. It was so much fun and something I still do, though we don’t tape them up. They are used to decorate the fridge now. We hung Christmas lights on all the windows and put up the biggest tree we could find and put all the Christmas decorations it could handle on it. My favorite were these icicle lights and a circus elephant that made me smile every time I glanced it on the tree. My mom was and probably still is a lover of all things garland and tinsel so the tree was decked out in all the metallic shimmer your eyes would ever want to see. Add on the homemade popcorn and cranberry strings and that poor tree probably wanted to fall down from all the weight. 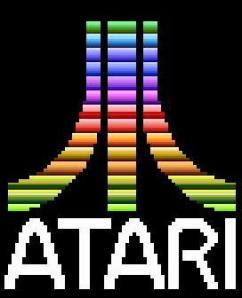 The presents that year still stick in my head as the greatest of the great. It was the year I got my first Agatha Christie books, the puzzle of outer space, and the Dayton Hudson Santa Bear I so desperately wanted. I know that some of them either came from my grandparents (their old Atari system that was like gold to me) or the Salvation Army (the orange clip on tie she got me so I could wear it to church with our neighbors). No matter where they came from though I knew she put thought and love into them and she fought tooth and nail to give us a Christmas we would never forget. She did the best she could that year and I love her for it still.

Why this Christmas really sticks in my memory is because of one night and how that night still resonates within me. I can still remember that while I was home by myself, my mom and brother were at a neighbors, I was sitting in a chair by that overly laden Christmas tree. I had just turned off most of the lights in the house and I was listening to the Chipmunks Christmas album while I was reading a book. It was snowing outside and I remember watching the 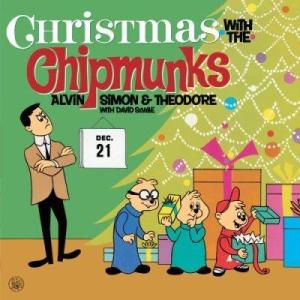 snow fall in the back yard which overlooked the woods and I’m not sure I have ever felt that at peace or that right with the world. I know those are heavy things for a 9 year old (I had a birthday in August) to be thinking, but looking back on it, I think they are the right words to use. I felt so secure in that moment that I think it instilled a love of all things Christmas in me that would last me the rest of my life. No matter what is going on in my life, the bills that need to be paid, the car that needs to be replaced (not right now thankfully), or all the other stresses that keep us up some nights; Christmas seems to brush them all to the side. The joy and love that this season embodies makes me feel like that 9 year old again, safe and secure and sure that nothing bad is going to happen to me. That no matter what I’ve had to deal with over the past year, Christmas is the time to let it all go and know that everything is right with the world, even if it’s only for a month.

I would like to thank Sheila for the opportunity to share this memory with you, though to be honest this wasn’t what I was going to do the post about. When I first sat down to write I was going to do a post about my favorite Christmas songs but for some reason I felt the need to share this story and I hope you enjoyed it. I wish you all a very Merry Christmas filled with all the love and laughter your hearts can handle.

Read more of what Ryan has to say at his blog, Wordsmithonia